Showing posts from October, 2014
Show all

He's been with her since birth but he still doesn't understand her.

October 29, 2014
What gets me every time about this, is her brother's reaction.

And yes, it is sideways, but the sound is clear.

How did they know? 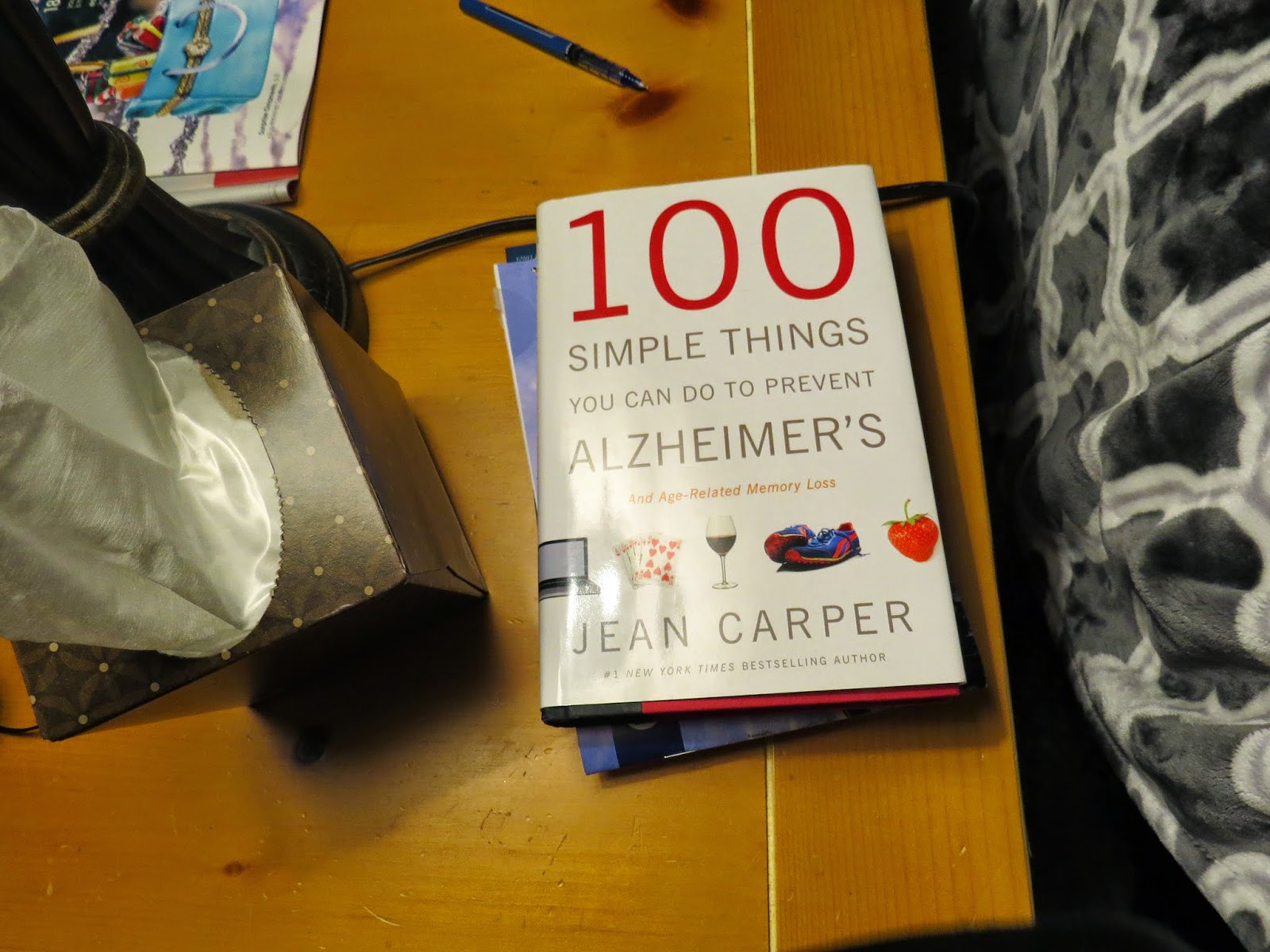 Okay, I have to start at the beginning….


So I admit the latest book I'm reading is this:

Not to alarm anyone, but I think just about every single friend of
ours who is about our age, talks about their memory.  Our brains age just like everything else does.
All 100 chapters of this book are very short….2-3 pages.
So yesterday morning I was particularly interested
in chapter 8, titled, "Drink Apple Juice."
It talks about how apples contain acetylcholine. And get this,
an Alzheimer's brain is typically low on acetylcholine.
So this chapter suggests we eat 2-3 apples per day.
Den and I were out last night visiting a friend at a memory care
center. (Not that where this friend is has anything to do with this
post, but that is coincidentally where we were last night.)
So as Den is outside emptying the garbage (again, this has nothing
to do with this post either, but it is what he was doing) I decided to
bake an apple.

October 26, 2014
We were having a discussion about the following quote in
Relief Society today (our women's meeting at church)…... “I think if all men knew and understood who they are,
and were aware of the divine source from whence they
came, they would have feelings of kindness and kinship
for each other that would change their whole way of
living, and bring peace on earth.” JFS This made one of the sisters recite yet another quote
because she loves it so much that she had it memorized! : “In the kingdom of God we are all each others clinical
material. The Lord allows us to practice on each other
even in our imperfections.” Neal A Maxwell She went on to explain that we all have faults and we are
surrounded by people who also are flawed….and it is others'
faults that give us PRACTICE to learn forgiveness, tolerance,
and patience….otherwise how would we ever learn these
things? As simple as that is, I had never thought of it this way
before. Another sister pointed out that the older she gets the more…
5 comments
Read more 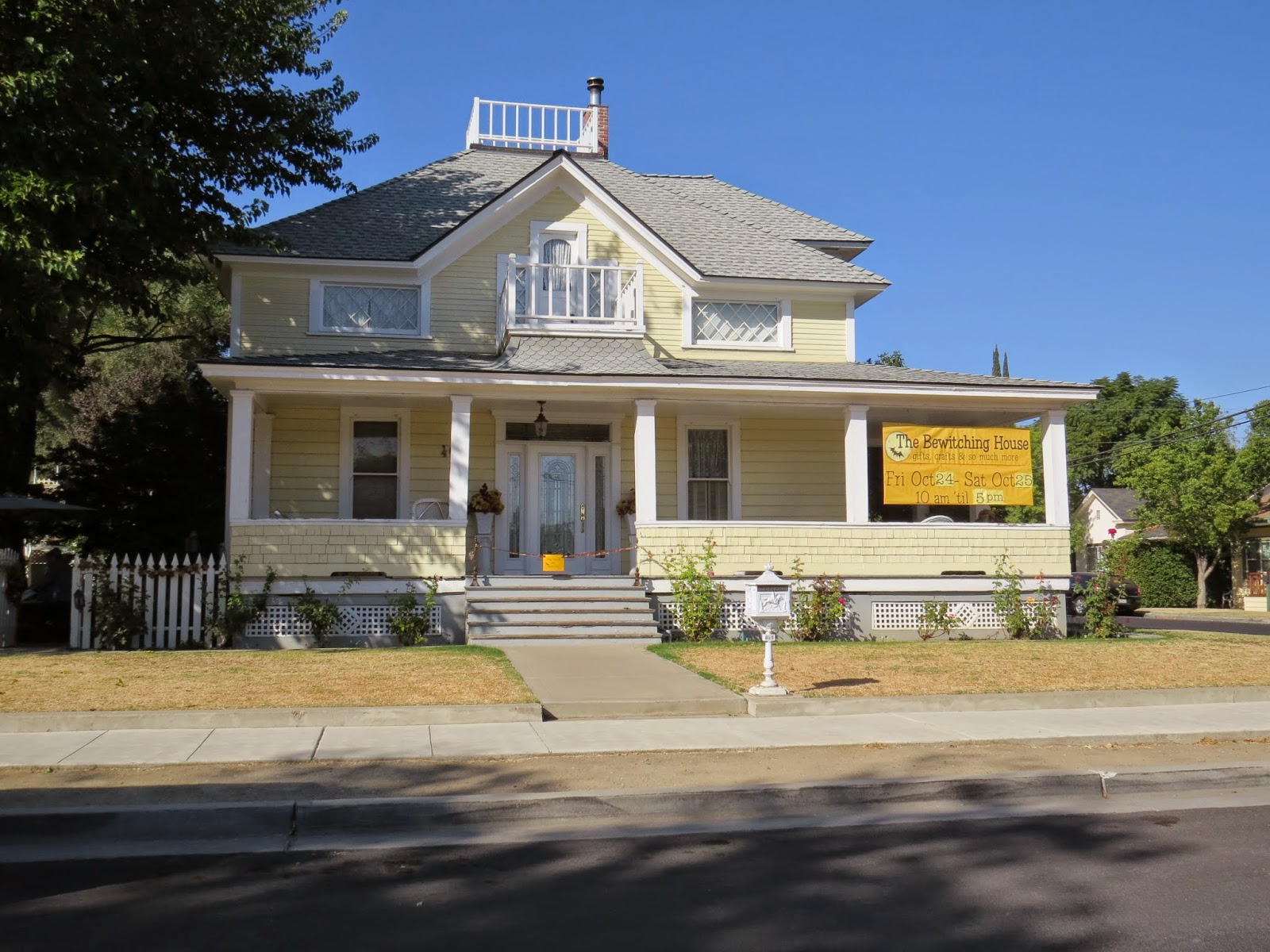 So each year, the week before Halloween, I go here:

For 2 days there's a little craft fair in their back yard.

This time, Violet came with me.

As fascinating as some of the things were though,  I didn't find anything that I couldn't live without…
These were actually carved from the inside of golf balls.
Violet on the other hand decided right away what she needed…


But when I saw the price, it was time to distract her.  (It wasn't even new. But as Violet said to me,  "It's from Frozen, Grandma Honey!")
Moving on, walking across the yard … I had no idea Violet could read PRINCESS on that step stool!
Then she said pleadingly,  "Grandma Honey I really need this step stool  for my baffroom."

"Please Grandma, I need it for my baffroom."  she said at least twice more.

I kept thinking, Violet is so tiny, and she doesn't have a step stool? I better get it for her.
She patiently waited her turn in line.
As we were walking out to the car,  I heard Violet sa…
8 comments
Read more

Is eating with your family radical? 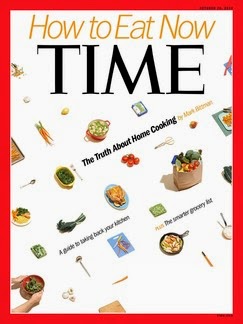 Did you know, according to this week's TIME magazine….


16% of men, and 13% of women eat pizza every single day!
Pizza's not a bad thing, but every single day?
Something tells me they aren't sitting around the table  every night, eating that pizza with their family.  ….because if they were, they would have more variety.
And TIME also says, the TOP source of calories for the rest of us
(the ones who aren't eating pizza every single day) are baked goods, chicken, soda,
alcohol, and yes, pizza. The lovely standard American diet.

Did you know that while many people don't make dinner, cooking
shows are at an all time high right now? It's like we want to
watch what we don't have. Like a nice daydream?
Did you know there are 4 times as many farmer's markets as
there were 20 years ago?……but unlike 20 years ago, now only
1/3 of families eat at home at least 5 days a week?

And did you know not cooking is costing us money, good times,
control, serenity, and vastly…
13 comments
Read more

The change in our church 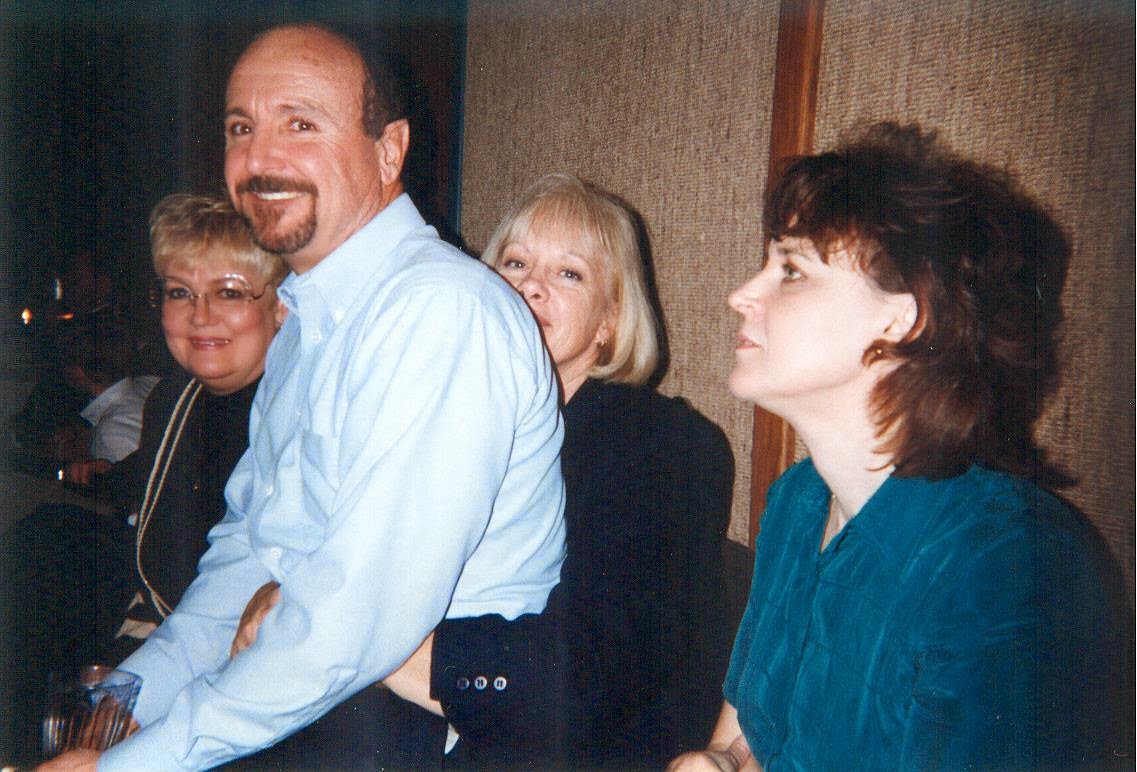 We saw history being made in our church in our little area last Sunday. Our church is growing so
much that there was a need for more wards. A ward is similar to what other churches call a parish.
It is set with specific street boundaries.
So essentially they took 4 of the wards in our area and made 6 wards. In doing so, we were either put
into a different ward, or if we stayed in our regular ward, we have new people joining us.
I see this as very exciting, although it also requires some adjustment as we miss some of our
previous ward members.
Our Primary President, Judy Ryan, sent a letter out to all of the former 20 plus workers of Clovis
3rd Primary. She has the ability to put words together like a beautiful piece of music. (By the way, a
Primary president is over ages 3 to 11….organizing teachers, music, and sharing and story time)
I've read it several times, and I feel it each time.

(And just so you'll know, Jefferson was one of the teachers, not a child in Primary.) 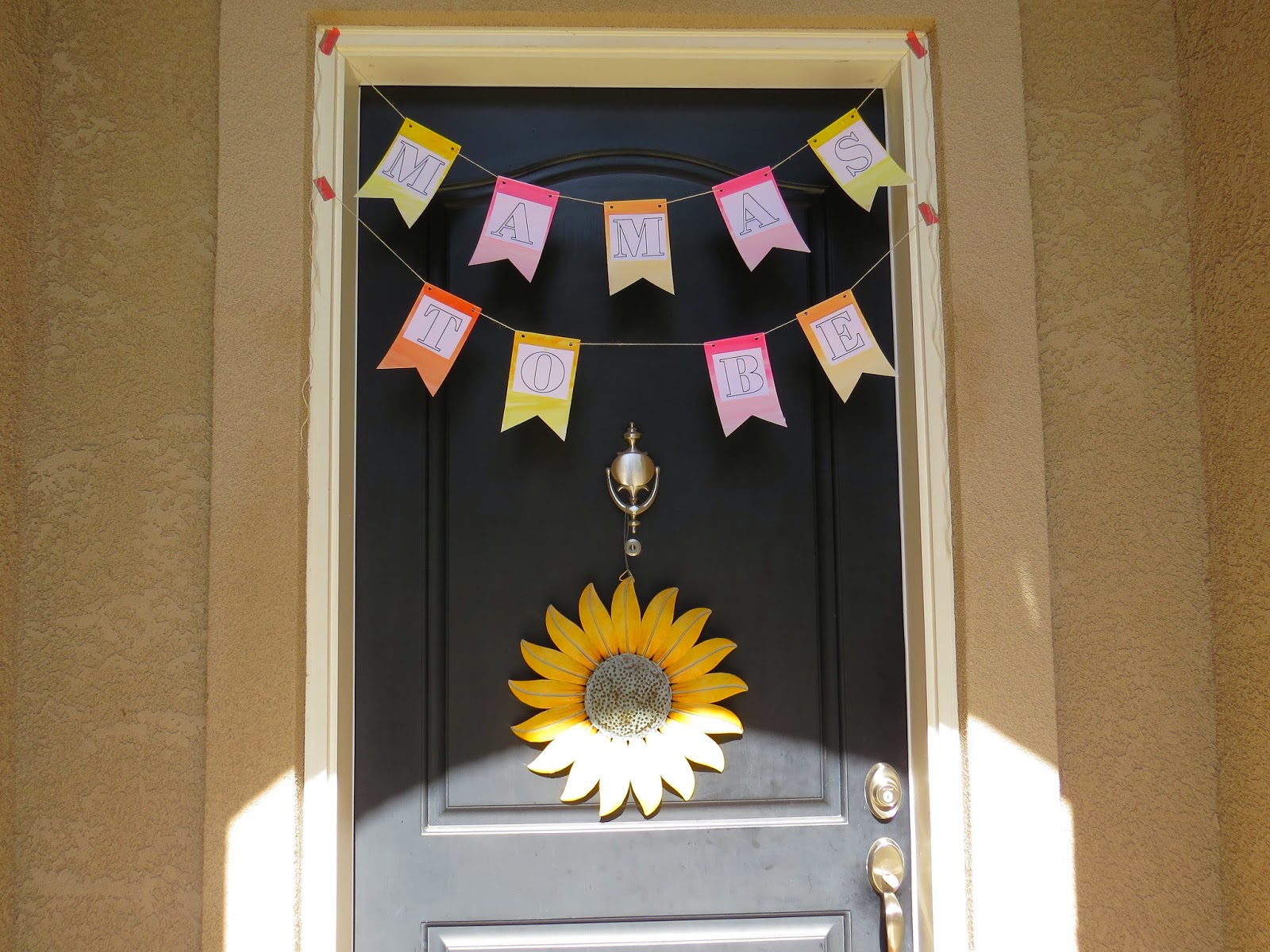 Just inside the door of the double shower for my nieces,  at my sister's home….


My Dad greeted the guests as they came through….
which I thought was a very nice touch ….even for his great granddaughter, Sarah.
My SIL Suzanne!
My sister, Heidi!
And as usual, I have no consistency with my pictures. I didn't come close to capturing everyone who
was there. Just whoever I was near at the time, and in between conversations.
For that reason, and many more, I could never get a job as a photographer.


My nieces who are due with little girls, 2 weeks apart!
Natalie is due Jan 2nd, and Lindsay, Dec 17th.  They both definitely have that beautiful pregnancy glow.

So onto the food… How can my sister Peggy still be that cute
AND be a Grandma of seven? (my niece Lindsay's husband, Gard, in the background)
Fruit Kabobs and Yogurt Cups


Sandwiches and salad
And donuts for those, who….like donu…
4 comments
Read more 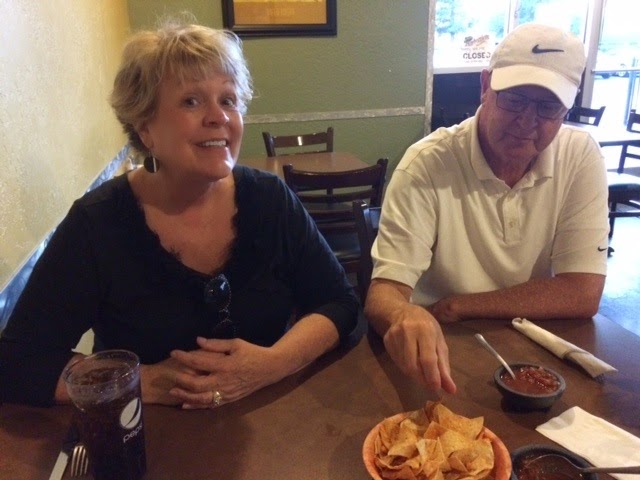 Last Friday night, after my brother Richard and Wendy took us out to dinner…..

….I went into our bedroom to start getting ready for bed. Den came in and said, "You need to come here and see what's in the hall bathroom."
I was tired and said, "Just tell me okay?"
"No, you need to come look. There's this big pig on the bathroom counter"
A pig? Why did that not surprise me? "Well then go take a picture of it and bring it to me, okay?"
So he did. And here is is:


Den just stood there looking like he didn't know what else to say.
But I knew what he was thinking.
I assured him, "Don't worry, honey. I'm sure it's not for us."
I knew Richard and Wendy wouldn't be giving us a pig,  but Den hasn't been in my family as long as I have, so he wasn't so sure.

Turns out it had something to do with the double baby shower the next day,
for 2 of their daughters, expecting babies two weeks apart!! 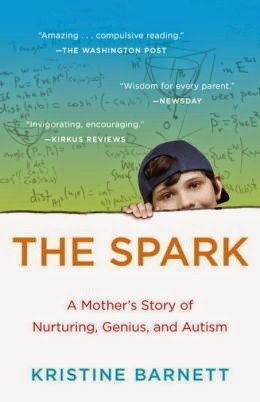 If I leave a book out that I am reading, Dennis will invariably pick it up and want to read it too.


I love this about him for some reason. But no, I don't understand it.  I don't seek out the books he's reading.
We were both gripped by this book.   (Den and I had 2 book marks going at the same time until we were both finished.)
First of all this author is brilliant. Not only for her thinking out of the box, but for the way she tells  about it. This is a page turner story. A very real story, and one of much struggling,  but so FULL of hope. Seriously FULL of hope.
I almost wish the cover didn't say autism on it….instead, I wish this review would be put on the cover:
"THE SPARK is about the transformative power of unconditional love. It you have a child who's  'different'----and who doesn't? ---you won't be able to put it down." Sylvia Nasar, author of A  Beautiful Mind.
Every child is 'different.' Every child has his or her quirky w…
5 comments
Read more

A way to find out what's going on with your kids

October 08, 2014
So a few weeks back I had a link on my blog to some questions that claim
to get your kids to talk about school. Way beyond, "How's school?"… "Fine."

So I thought I'd try it on the twins. This is just a tiny clip of that session.
Watch how Jonas handles all Téa's chatter about her new friend Isa.

I don't mean to encourage my grandchildren to think of negative things about people by
bringing up the space ship question. I see it as a gentle indirect way to ask if there is anyone at school
they are not feeling comfortable around, or who is bothering them in some way.

These questions really work. They opened up about all kinds of things.

If you have teenagers, try this list instead.
You may be surprised what you'll find out.
7 comments
Read more

More of my mystery grandmother

Of all the pictures my cousin gave to me, the two below  mean the most, and I will tell you why.
In the first picture, sitting on the left, is of my  Grandma Leonie LaBarthe Rozier, my Dad's mother!  She died at the age of 42 when my Dad was only 6 years old.
So I never met her, and she remained a mystery to me all my life.
This was 1920 and she was only 25. That was ten years  before she had my Dad. She looks so pretty to me.  And oh, those eyes of hers, those eyes….they look familiar. (I'm not sure who the woman standing next to her is, maybe her sister? )


The above picture was taken in 1941, just 3 years after my Dad's  mother died. See those two women on both sides of that older  woman in the picture (who looks like a man)? THAT would be my  Dad's Grandma LaBarthe, or my Great Grandma.  I had never seen her before!
The two women on both sides of my Great Grandma LaBarthe are  my Dad's aunts….sisters of his deceased mother.
The two women in front are my Au…
9 comments
Read more
More posts