Showing posts from April, 2013
Show all

Take note of your 4 month old. 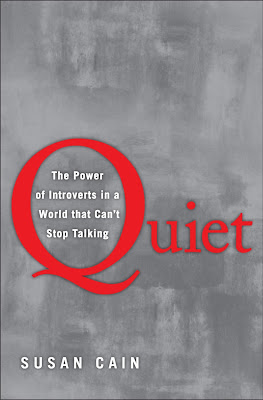 So I read this book a few weeks ago about extroverts and introverts...

It took me until about chapter 4 before I started liking it....

That was when I began reading about this study launched in 1989 with 500 four month olds.
This professor was able to predict, after individually spending about 45 minutes with each baby,
which ones would be introverts and which ones would be extroverts later in life.
He had about 60% accuracy only because the other 40% of babies
fell somewhere between the extremes of being an introvert or extrovert.

But it was not what I thought. The placid unreactive babies...
the ones who would just calmly lie there while balloons popped,
or who had colorful mobiles dance before their eyes, etc he predicted would be the extroverts!
(and years later he was proved right). The opposite was true of the introverted babies....
they were the ones who pumped their arms and legs to new sights, sounds, and smells.

Who would have thought! I would have guessed just the opposite.
…
12 comments
Read more

This one's for Peggy! 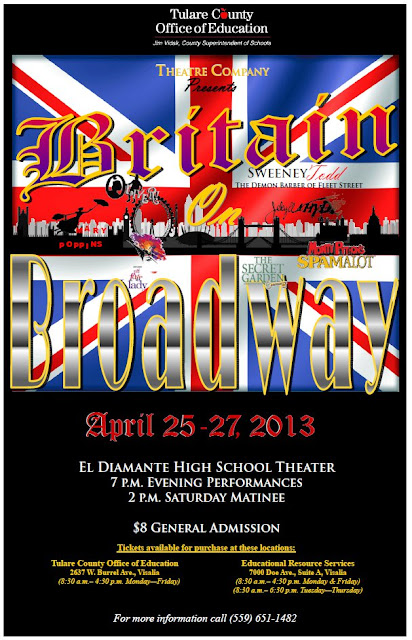 Unfortunately my brother in law Jeff was in a car accident Monday night
and he's been in the hospital ever since, and had surgery yesterday.

So Dennis and I took their daughter Kaidy, along with our granddaughters Kylie and Elora
to Visalia last night to see Jeff and Peggy's granddaughter Rivka perform.
Could you follow all that?

It's been a very hard week for Jeff and Peggy, to say the least.

I want to share with them our evening......So here it is:


Our first stop was El Matador for dinner.... Kylie and Kaidy had never been there so Elora lead the way.
This was about how cooperative they were in letting me take their picture. Not much.  Elora stayed behind that first menu.
So I had to get sneakier and go for the candids.

Can you believe the size difference between a child's plate and the regular version of the same thing?

It was exciting to arrive in Visalia and see Carly. She is due with #6 in just 2 1/2 weeks! 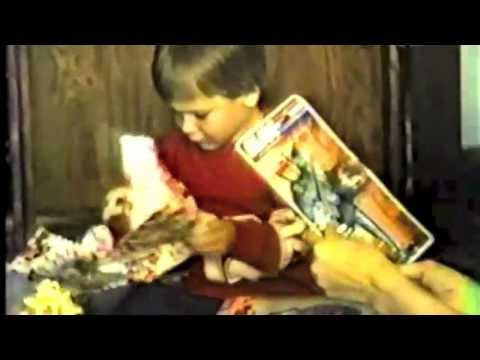 This video starts with Logan's 4th birthday 30 years ago,
and then fasts forward to last week when his own son turned 4.

Do you think maybe they both got the assertive gene?


In defense of Jonas, I must add that I put together all these clips from about an hour
or so at this restaurant that evening. So in other words,
I am just showing the extreme moments. He is actually a very sweet little boy.
And keep in mind, also it was his birthday,
the biggest day of the year to him...so he was way over the top excited.
14 comments
Read more

Fed Up with Lunch 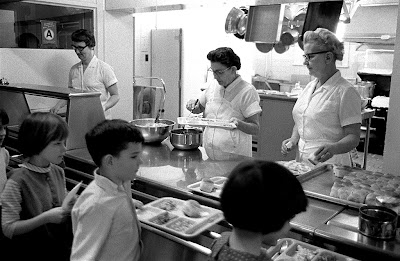 I have a question.
Do you know if your child or grandchild's school cafeteria makes their lunch on site?
I just assumed school lunches were pretty much as I had them way back in the 1960s.... made in big pans in the cafeteria and then scooped on each lunch tray as we walked through the line. No? Not anymore?
Or is it brought in little individual plastic containers like this?  picture taken from book below

I think my boys' cafeteria cooked on site.....but now I'm not even sure of that.
Really, I did not know it changed SO much.
Not until I read this book last week.

I read it because I was curious about this teacher  who decided to eat in the school cafeteria every day for a year.
The author claims most school lunches are now heavily processed, full of chemicals
and preservatives that are causing all kinds of health problems from our children.
Hardly anything is fresh anymore. And hardly any schools cook on site.
Did you know that?

If no one responds, then I will realize t…
21 comments
Read more

Some info from Logan 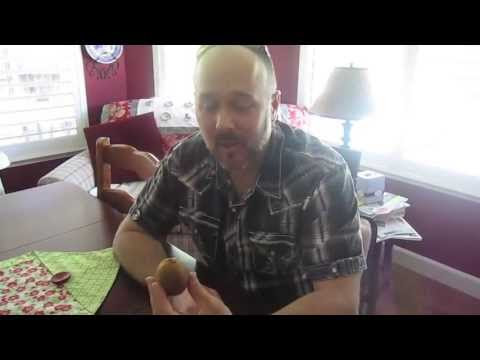 Sometimes I don't even have to leave my house....the information just comes knocking at my door.
Then I just take my camera out and press record.


I googled about kiwi skin and learned it has excellent dietary fiber,
and the skin is also a good antioxidant.
All this time I had been peeling it, and putting it down the disposal.
13 comments
Read more 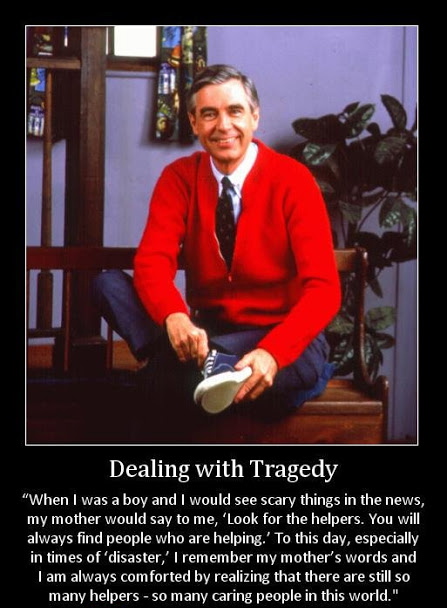 Half my sons loved Mister Rogers growing up, half did not.

But after yesterday, I think we can all find value in his words. He always makes me feel better.

And now, all these years later,  I have grandchildren who request his music, especially at bedtime.
Sometimes I can't resist, and I climb into bed with them and listen along.
4 comments
Read more

The drama at IHOP...and a request, please.

April 15, 2013
Have you ever noticed those exit doors at the back of theaters or restaurants that say, "Emergency Exit. Alarm will sound if opened?" Have you ever wondered what would really happen if you opened one of those doors? Well last Thursday night we found out.
We took the twins to an early dinner at IHOP while their parents were in LA. We arrived about 5pm, thinking that would be a quiet unrushed time to eat. Instead of ordering his usual "hanga-burg" Jonas opted for the eggs, bacon and 5 little pancakes. Téa wanted the same.
They were almost finished with their food when I noticed some disturbance up by the register. A man, which looked to be a customer, was using some ugly words,  in an even angrier tone to the girl taking the money upfront.
Then I heard him threaten to do something  "in front of all the customers." but I couldn't hear exactly what his actual threat was. I also heard the words, "I'll let it off...."  (Perhaps he was just ref…
4 comments
Read more 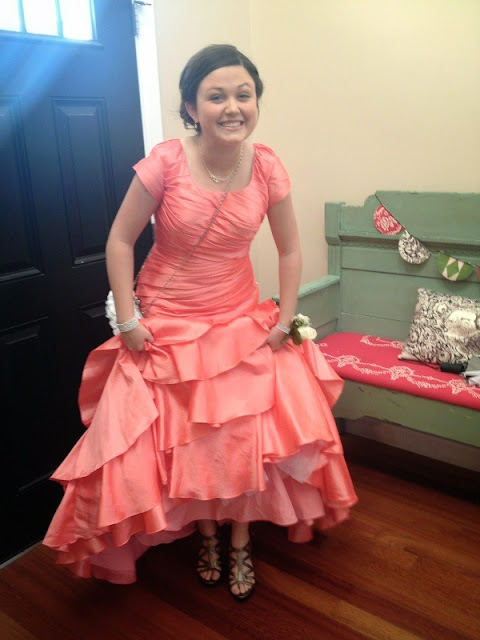 Not only her first prom, but also her first date. No pressure there.

Good thing Jessica made it home from our house last week,  so she could attend her Prom in Utah.

These pictures are just simply too pretty not to share.


Are we sure Rachel did not go with them?

Jessica looked like this when I was dating her Grandpa.
Where does time go?
No parent or grandparent has ever been able to answer that question.

A labor of love 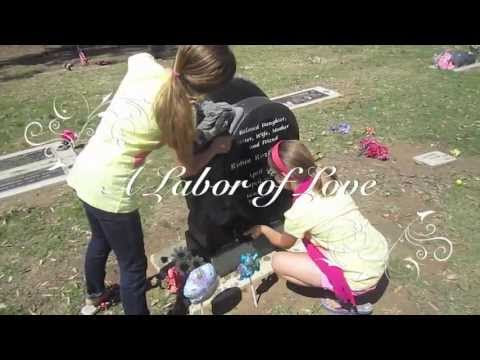 Soon after Hailey arrived here this week she asked if we could go to the cemetery
so she could, of course, see her Mom's grave. She added,
"I hope we aren't in a hurry because I would like to spend extra time there."
I'm not sure if this had to do with the fact that yesterday marked 5 years since her Mom passed,
but I don't think so. To a 9 year old girl, it's not about anniversary dates,
it's just about feeling close to her Mom.

Hailey spent most of the week at Elora's house this time,
but I got to have the girls all of Tuesday.
Here is what these sweet girls wanted to do:

"They are more important than the house." 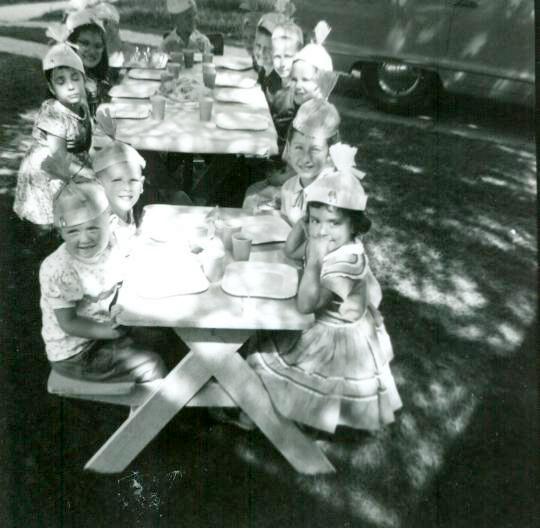 Elder D. Todd Christofferson talked yesterday at Conference
about how his Mom many years ago was bedridden for nearly a year.
A woman was hired to help her with the house, meals, and her very young sons
since she couldn't get out of bed.

Picture what her house must have looked like at that point.

After his Mom went over some basic instructions she told this woman:
"But the most important thing are my boys.
Spend time with them. Read to them.
They are more important than the house."

I thought, YES, that is the kind of mother I had!
I always felt more important to her than the multitude of other things
she needed to get done each day.

Last Wednesday, right after waking up on my birthday, the very first thing I thought of was a birthday party Mom gave me....over a 1/2 century ago!
I don't remember much at all about the party or anything about the gifts...
Come to think of it, I don't remember anythingabout that party.
(I don't even know where I am in that picture.…
10 comments
Read more 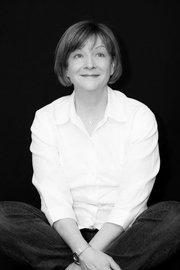 We have been LOVING conference today. Can hardly wait for more in the morning. If you would like to listen in,  you can watch it LIVE tomorrow from 9-11am and 1-3pm California time.

Our very new General Young Women's President Bonnie Oscarson "If there is anything virtuous, lovely, or of good report, or praiseworthy, we seek after these things."  And may I add just downright cute to the list? (her words, not mine)
Her page Pinterest page is interesting. Take a look!

I think I'll be making some of her favorite salads.
2 comments
Read more

The BFF party is over! 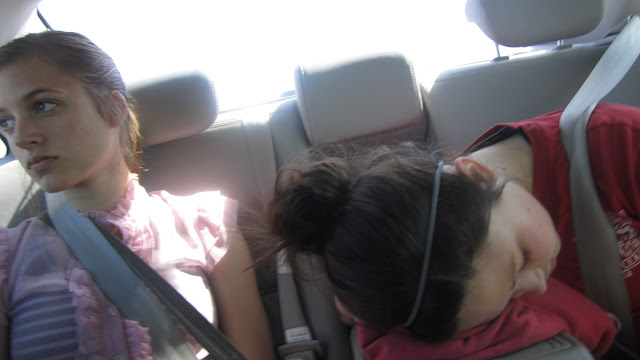 Even though we wore them out at times.


And may have even bored them a little....(hopefully not a lot) After all we are Grandparents and getting older by the day...literally....  (I gained a whole year just yesterday.)
They were also such good sweet sports about everything

We got to keep them at our house because Amy and Logan's house was in complete disarray  from their sudden hot water leak. Thankfully their family has the same insurance as we do (Liberty Mutual)  and have been put up in a hotel for 6 nights, so far.  We can relate to this whole water-leak-floors-uprooted-sent-to-a-hotel scenario.

Amazing how organized Amy is even during an emergency, and with a flying twin.
After saying their goodbyes in the rain....Grandpa took Jessica off to the airport.  Poof, she was gone. Just like that, time turned into a memory.
They both said they had a really good time, and Grandpa and I are thankful for that.
Something tells me these girls will still be getting together after they a…
5 comments
Read more

What's behind her bedroom door? 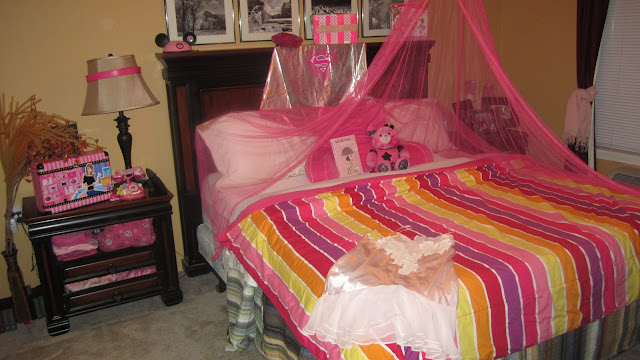 Den and I were out walking tonight about 8:30 when his phone rang.
When we noticed it was my Dad and Susan I was a bit alarmed.
We rarely hear from them after 7pm so at first I was thinking, are they okay?
They asked if we could come over.

So that's when I took the phone. "Sure we can come over but isn't this kind of late for you?"
Susan said they had just arrived home, and found an April Fool joke and wanted us to see it.

Five minutes later we arrived. As we stepped into their living room everything looked just fine.
"So where is it?" I asked. Susan said we needed to go into her bedroom.

But she warned us first, "My least favorite color is PINK."


So we opened her bedroom door....


The culprit even got into her closets, and replaced ALL her clothing with PINK.  Susan never wears pink.

The pink just keeps coming.
I don't know how she guessed it was her daughter, but it was. Susan's family is BIG into April Fools Day.