Showing posts from February, 2017
Show all

We are all flawed.

February 28, 2017
When I'm still thinking about a talk I heard at church 2 days later, I
want to write about it.

The subject was love. Given by a Mom of 5 kids.

She said when her kids were younger (they are now about 9-19)
she would often get in the middle of their disagreements. But
when they all seemed to come at her at once and she had no idea
what was going on, or who was right and who was wrong, she
developed a plan.

This was clearly on days when they were all not getting along. She
would send them all to different spots in the house for a time
out. Then she would tell them they could come out as soon as they
could come tell her what they did wrong.

She did not want to hear anything about anyone else. She just
wanted to know what they did wrong, or what they could have
done better.

It could have been even something simple like, "I should have said
that in a different tone."

She said this was very hard for a few of them.

In my younger years, even a decade or two ago, I'm not so sure I
w…
1 comment
Read more 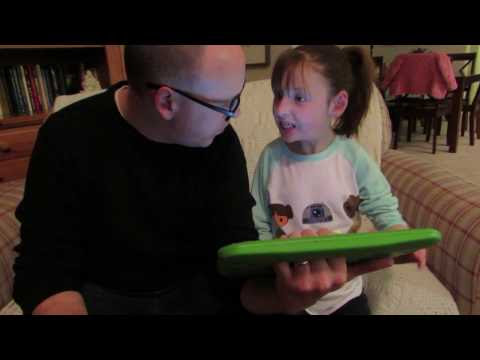 She has her own special laptop machine. It's programed to sound like her voice. We can start
communicating back and forth with her! I can't even tell you what this does to me hearing her
"voice."

And she is so proud!

My wonders of the week #9 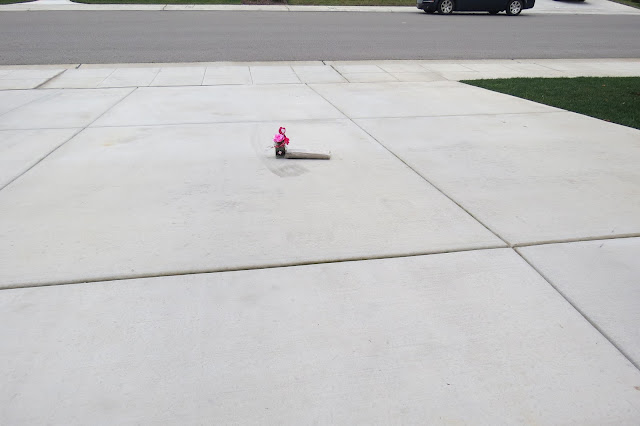 1. Earlier this week when Dennis went out to get the newspaper  he noticed something by it but couldn't figure out what it was.

We are pretty sure we have never received a gift from a newspaper  person before. As in never in our lifetime!
As I looked it over I could tell it's homemade. I can't get over the  sweetness! I don't even know our paper person but I'm thinking it's  probably a she, right? And how do we find her to thank her??
I guess I better start by calling the Fresno Bee.

2. I think I may need to take a class about being mindful, or in the
moment. Last Christmas, which was only a few weeks ago right?
Somehow, even though I obviously opened this gift,
it did not register in my head because a few days ago
I found these and got so excited!!
I love them and put them right on our fridge.
I put a few in my scanner so I could show you, but let's just say
refrigerator magnets don't work well in the scanner.
I much prefer McKay's head on his shoulder…
4 comments
Read more

Some family history stories are not happy ones. 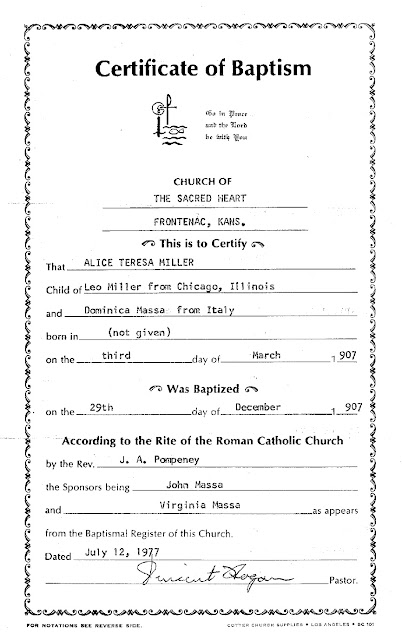 I'm pretty sure I'm the only one still alive who knows this story. So for that reason I feel compelled to
share it here so my sons and their families will have it should they need it in the future.

Everyone who is Mormon, has their own conversion story.
My parents had theirs, which I posted HERE.

So this is how my first husband, Bill, found the church. There's lots of sadness in this story so I don't
mean to imply these horrible things happened so he would find the church. It's just the truth of how
this story unfolds.

If this can be considered a conversion story, it is the most unusual one I've ever heard.

It began to me as a family mystery. Back in the mid 1970s my first husband, Bill, and I were
attempting to do his family history work. When we'd go through the Heasley line we were able to find
information. But whenever we would attempt to investigate his mother's line, we would get stopped
by his maternal Grandma, Alice. Her maiden name was Altop, bu…
3 comments
Read more

A pregnant woman would understand this 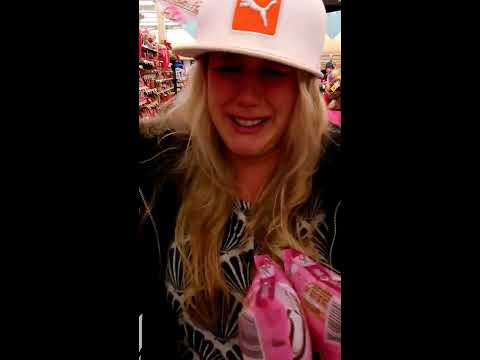 When Dennis saw this video tonight, he had doubts about it being
real. But I corrected him, and said pregnant women can really be
THIS passionate about their food.


Actually Susan (my Dad's wife) sent me this video. It's her  granddaughter, Rachel who is pregnant with her first baby.

Things could have so easily turned out differently for all of us. 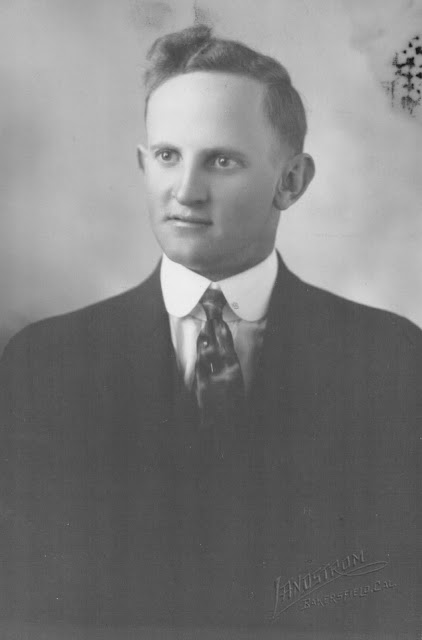 Last month I started the 52 Stories challenge of answering one prompt each week about my life.
By the end of the year, my 52 stories should pretty much sum up my life story.

So week 6 the question was:
"Do you know the story of how your grandparents
met and fell in love?"

I know nothing about how Romeo and Leonie met, my Dad's parents.

So here's how her parents met. Not so remarkable until you know the back story which I will explain.


In the Fall of 1917 when my Grandpa Earl Slinkard was 26, single and still not having met my
Grandma, he joined the Army, the 20th Engineers. This outfit was made up of 20,000 men, all with
mountain and forest service. 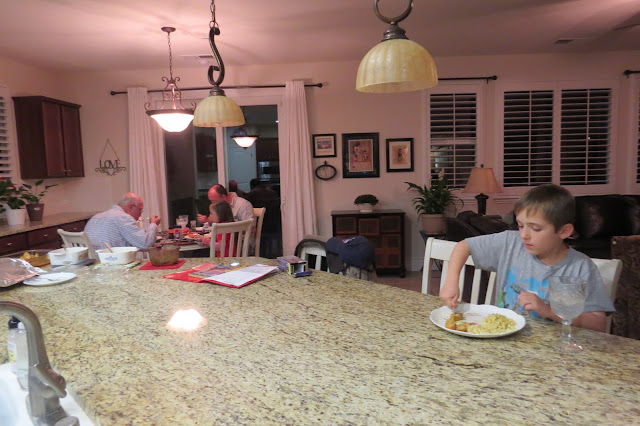 Why sit with the family when you can sit up at the bar by yourself?

The grandparents go outside for 5 minutes  to get the mail and you break the lamp.
This sort of thing just happens when your brother hits it 3 times  with the your stuffed animal.
Or if you're the brother the story goes like this,  "It was an accident."

Since Grandma Honey sets the table the night before...  (Grandpa lets her sleep in while he gets them ready and off to school) Why not take advantage of it and get first choice on your cereal  while your sister is getting ready for bed.


You call your Dad and ask him to bring you 4 books from home  and he brings over 10 and you are SO excited.

You think you can go to sleep, but when it's dark and you're just  lying there, you call Grandma Honey back in  and ask if she will put on Mister Rogers.


It works like a charm, and has since you were TWO!
You can now get the tub ready without much help
But it doesn't even cross your mind to put your dirty clothes away…
6 comments
Read more

Wonders of the week #8 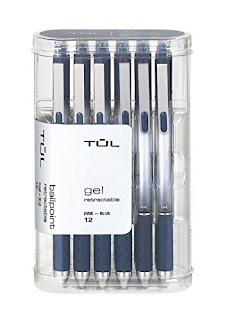 (In no particular order.) 1. Loving these Tul pens.A friend who was raving about them.
Normally I'm not a fan of gel pens but these dry quickly.
They write smooth and pretty.

2. I've struggled with cleaning all the tile in this house since we
moved in. I finally found a good solution! Bissell Power Fresh
Steam Mop. It uses only water, so NO chemicals involved, and it
heats up hot and kills 99.9 percent of germs and bacteria.

It steams out grim or stuck on food.  Claims to work on all hard floors
It's a very light weight simple machine. $89. from Amazon. And it's quiet so I can listen to music  while I "work"....but don't expect a work out from it. As long as a person can walk and be upright,  they can use this with no problem.
3. Violet got a new pair of glasses!
And have you ever seen such a cute little glass case to go with it?

I will be back in a few days. My laptop had been acting mildly ill for several weeks. And then about a
week ago it became pretty much non functional. We finally took it into the Apple hospital today
where it was diagnosed with a defective touch pad.

Den and I both felt kind of bad leaving it there. The tech told us it would be ready in 3-5 days. Maybe
he felt sorry for us, I don't know, because then he quickly added, "I'm sure it won't take that long."

Amazing the things we think we can't live without now...

I think it was 20 years ago this month that I learned to use a computer. Bill had set up an AOL
account for us that I knew nothing about until weeks after he died when I discovered paper work in
his desk drawer.

When my good friend Wendy Karsavar learned about this, she insisted on teaching me to use a
computer. She sat right next to me one evening at our large desk top computer, telling me which
button to push and exactly…
1 comment
Read more
More posts