Showing posts from August, 2015
Show all

It's still on my mind

So at church every Sunday we usually have one youth speaker (age
12-18), followed by some adult speakers. So yesterday our 12 year
old speaker talked about love at home.

Fast forward to an hour or so later, I was in the big Primary room
with the 8-11 year olds. The Primary President asked the kids if any
of them listened to the youth speaker earlier while we were in the
chapel. Hands shot up all over the room.

Then she asked, "Do any of you remember what he spoke
about?" The room got quiet and I could feel the thinking going on
around me.

Soon a 10 year old boy behind me slowly raised his hand and then
quietly said, "Um, I took notes," as he proceeded to take out a
little crumpled up piece of paper from his pocket. I turned around
and watched as this boy unraveled this sheet of paper about 5 or 6
times.

Finally he got it flat enough to read. He looked it over and
then said so quietly that I'm not sure everyo…
6 comments
Read more

Want to try my experiment? 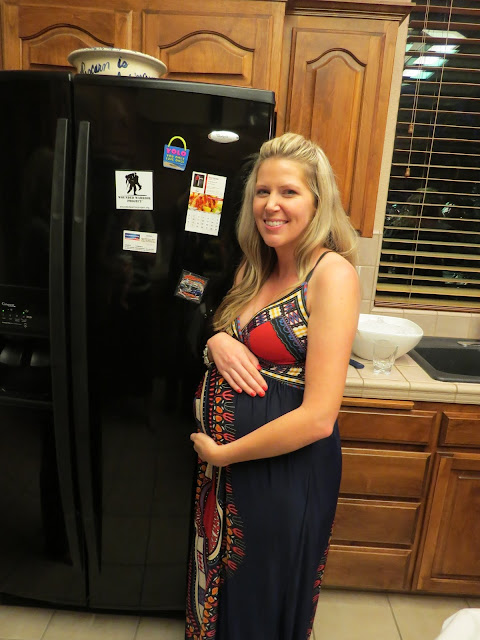 So Saturday was interesting. I have a traumatized tooth but I didn't want to miss my niece's baby
shower. So I took something to keep the pain down so I could go....and Dennis drove us there.
(Our granddaughter Laurynn was staying with us last weekend so I got to have her with me.)
I knew we could only stay a few minutes but I wanted to at least see Nicole (Scott and Kim's
daughter) while she was still pregnant. (she lives in Utah with her husband Nate). Their little boy is due in 11 weeks.
I have tender spot for my nieces and nephews.

There's Nicole years ago in the black check....
along with her brother Taylor, and cousins Colt and Lauren.

So it gets kind of interesting....because see Nicole's cousin Colt standing above there in red? Earlier yesterday, hours before Nicole's baby shower,  Colt and his wife Sami gave birth to their first son, Lincoln.

Colt's wife just so happens to be the sister of Nicole's husband. (and Colt and Nicole are cousins) Can…
5 comments
Read more Her name is Brooke, and she's from Ohio.
Austin and Brooke spent 2 weeks in Ohio with her family,  and then they flew here to spend 2 weeks together in California.
Some things she tells Amy about Ohio are just shocking.
Nah, just kidding....I have no idea what they are talking about there.

We've already given her a tour  of some of the dead lawns in the area.  We call California "a way of life." Or "we hope you like short showers."
She's an adaptable girl. I can tell....because when I gave her the
book, "300 Questions LDS couples should ask before marriage."
she said thank you, and put it right into her purse!

So right about here, I wanted to put a video her playing the piano
because I've heard she is quite accomplished.
However....
since I don't have that video.....
Instead, I will show a commercial dedicated to my sister Peggy.  Her last child (of SIX) graduated from high school,  and Peggy just got her very own teaching job. 19 First graders!
…
4 comments
Read more

"They are not dead, they are just living somewhere else" 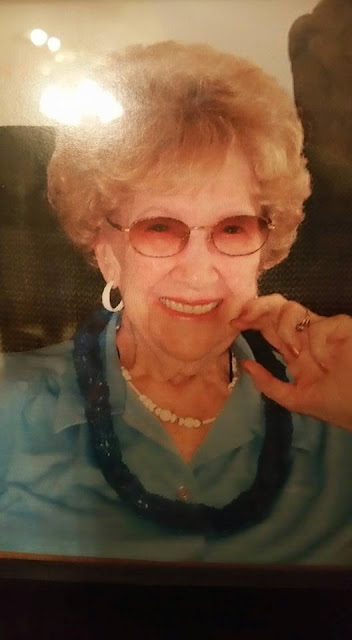 The title above was the actual name of the family history conference that was held at BYU last
month. I didn't attend, but I read about it and I can't stop thinking of these quotes by the speaker,
Gerald Lund:

"Surely those who have passed beyond can see more clearly through the veil back here to us
than it is possible for us to see to them from our sphere of action....We are not separated from
them...Isn't that a wonderful concept of service? They are watching over us, seeing what we are
doing right and see what we are doing wrong. And trying to care for us and influence us."

For about the past 18 years, since my first husband died,
I've felt quite certain those who passed on before us, are very aware of us.  We though, don't usually get that privilege...until later.
Even relatives we didn't know we had. There is that eternal connection.
Families are more powerful than the separation of death.

This is my Dad's cousin, Margaret Rozier Kountz. I …
3 comments
Read more

May not seem like a big deal to you....
especially if you live outside California.

But this is the first time in 25 years of living here, that I was
ANXIOUS and cautiously EXCITED to get our water bill.
And it came today!
(along with Bill's high school reunion invite, I might add)

Den thought we would make the required 36% cut on our water.  I didn't think we would.
I didn't think we had suffered enough for that.  Or I thought it would be close.
WRONG.
It was not close at all. Look at this bill.


(And to those people who criticized us for having a green front lawn last month, apparently we cut
back more water than you thought! That's okay, we forgive you. We know you were just looking after
mankind in California. Besides, it's dead now.)

We are celebrating tonight by watering our lemon tree.…
10 comments
Read more

The most creative wedding announcement I've ever seen. 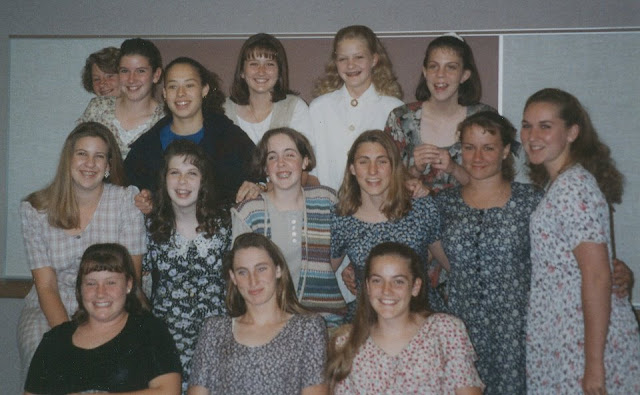 Before I get to that, I need to tell you who it is about.

These are my Laurels. They will always be my Laurels.
I taught these very special girls years ago at church when they were 16-17 years old.

See the one back row, 4th from the left? That's Natalie. And this is her invitation  that I received this in the mail a few days ago. How she kept track of all this info, I have no clue!

And here is the new blended family. Aren't they beautiful!

They are now living in Portland, about 30 minutes from the McKs, and Tyler and Karen.

Natalie was the one who came over to our house one afternoon in 1996 after my first husband died,
armed with art supplies. She helped Tyler make a memory box for some of his Dad's things. It was
one of the most thoughtful things she could have done for him.

I look at the family picture above
and I'm filled with happiness for all of them. 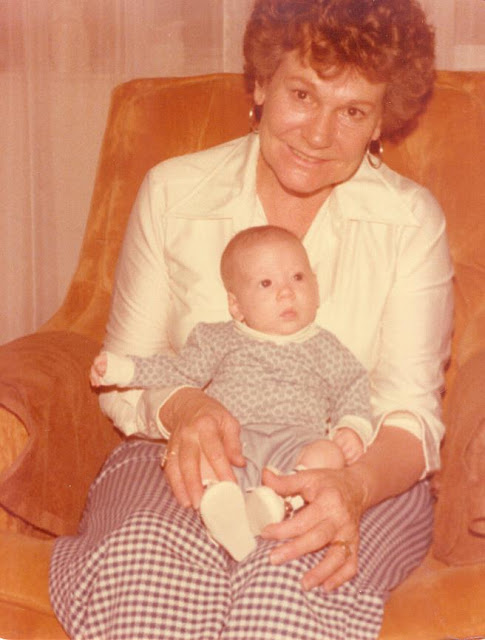 Some of these pictures I'd never seen before. They were passed on to me via Bill's brother Jim.
Like this one of Bill's Mom, Niada, with my first baby....the one who made her a grandma.
I'd never noticed before today, but I can see a little of McKay in her. I wish I could call her tonight and tell her. She passed away last April.
(Coincidentally, today would have been her 90th birthday)
During that same period of time.  My sons Grandpa and Grandpa Heasley in 1977.
Bill and I somewhere in the mid 1970s. Bill's Dad must have taken this picture since it's their house.
I can tell this picture was taken at St Agnes Hospital in Fresno. The boys' Uncle Jim, and my Dad....waiting and waiting, for Brock to be born.


Again, we were at Bill's parents house. 1977
Old, old pictures these are.
I don't think I was ever more relaxed than when holding one of my babies.
Especially when he was sleeping. Mothering was the best fun I ever had.

Have you noticed how DIFFERENT washing machines are now? 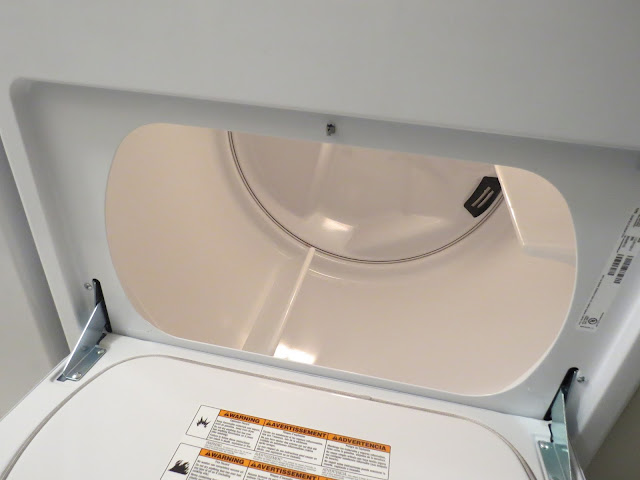 My neighbor and I both have new washers,
just regular top loading ones,
and we were trying to figure them out.
They use less water, they lock shut after the cycles begin... features we are not use to.
So I brought her into our laundry room and showed her mine. It
was in the middle of a cycle, and locked. I had never unlocked and
interrupted a cycle before...and nearly gasped at just how low the
level of water was. Really, that little bit of water? Maybe this is
why our clothes don't feel as clean lately.
So then it occurred to me... if the new washers use less water, then I
should start putting less soap in. No where on the instructions does
it say this but wouldn't that make sense to you? So now I use just a
little over 1/2 the amount of detergent called for and guess what?
Our clothes feel cleaner, and definitely softer.
So I'm going to save big now on detergent.
But there is also a glitch with the matching dryer.
See that little hook at the top, just inside the dryer?
Or mayb…
4 comments
Read more

"...then you simply get to be happy more often." 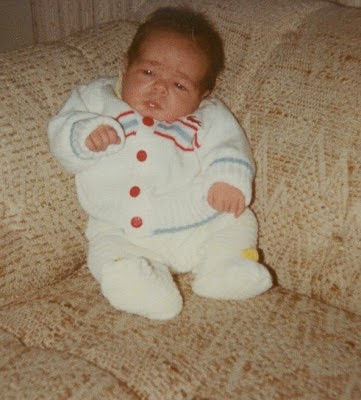 (I know McKay looks very stressed here at 3 weeks old….but this taken in 1984, about 30 minutes
before I learned at a routine dr visit, that his heart was racing near 350 beats per minute….)

However, today I'm focusing on the sweater he was wearing...


Do you want to know the realreason I love that little sweater  so much and STILL have it all these 31 years later?
Because someone gave it to me while she was suffering.
Vicky, the sister of a good high school friend of mine, was pregnant
with twins at the same time I was expecting McKay.
About half way through her pregnancy (can't remember the exact timing) one
of her twin boys died. She was in the hospital trying to save the
remainder twin, but he was born too early,  and tragically they lost him also.
A few months later I gave birth to McKay, and Vicky mailed this
sweater to me from southern California. I remember looking at her
gift in awe….that she could be happy for me, when she had just
lost the joy I was now experiencing.
I don&…
5 comments
Read more
More posts