Showing posts from February, 2019
Show all

My Dad's Story was in The Fresno Bee

February 27, 2019
Go HERE to read about him.
This is not an obituary,
but a focus story The Bee did about him yesterday. 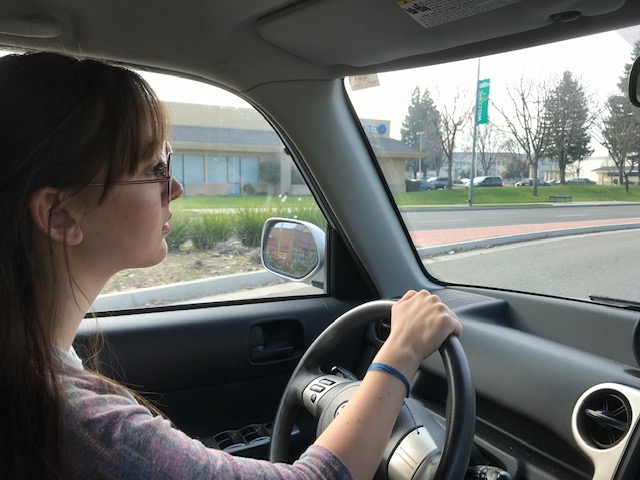 One day not too long ago,
Elora drove us to have lunch with Great Grandpa.

I have to say it seemed so very strange. She did great, but still...
I wanted to say, "Elora move over and let me drive."


Even though I see her pretty often, she still grew up so suddenly.

Great Grandpa and Elora have always had a special relationship. She was his first great grandchild of 44.
After we arrived that day he kept staring at her....

Then he was trying to say something,  but we couldn't understand what...

So Elora leans in closer and then she finally heard him ask,  "Elora, what happened to you?"

"I grew up Grandpa!"

And they both laughed and laughed.

"It's puberty Grandpa. It was a wonderful thing!"

They had pretty much this same conversation a few months back,  with the same reaction.


Dad would often say to me, "Tell me some more Elora stories."

Dad's family brought him lots of joy.
I had to fill out his profile in December when he was getting read…
1 comment
Read more

Back in 2008,  I posted here a list of truths my Dad lives by.
It was written by him in 1976.
So here it is.  But this time, at the end I've included the comment  my Dad left in 2008.
1. That which we persist in doing becomes easier, not that the task itself has changed, but our ability to accomplish it becomes increased. (quote by Ralph Waldo Emerson from a talk by Heber J. Grant)

4. The Sabbath was made for man not man for the Sabbath.

5. Don't take yourself too seriously.

6. Look for the weakness in other men to be the same as you have in yourself. Then you will have greater love and understanding for them and yourself.

7. The search for material riches is never ending.

8. The greatest accomplishment in my life is my family.

9. It is easy to let lust and greed be your motivating factor in your life (your gods).

10. The people I most admire are those who keep the command…
4 comments
Read more

My Dad graduated on Valentine's Day 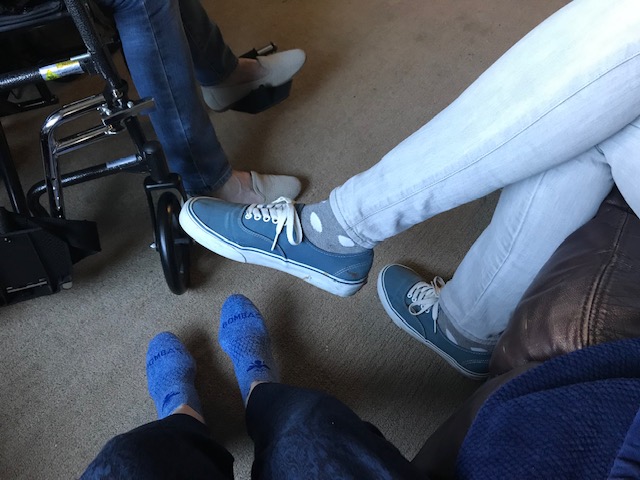 Yesterday, which now seems so long ago... two of my sisters and I gathered  to be by the side of our Dad during his final hours.
We sat where we could (handy wheel chairs)

It was Valentine's Day
We were able to take some of that Valentine food  back to Dad's room to eat.
He was fighting the good fight.  And we knew it would not be long now.

We looked at his poor beat up legs from all the times (30 plus) he deliberately "fell" out of bed. These same legs that ran 100s of miles in marathons.

When we would ask him why he was falling out of bed he would say something like,  "I wanted to." or "It gives me something to do."
This all started after his Susan died on Christmas Eve.
He continued "falling" out of bed until the night before he died.
We'd often wondered how he did this with paralyzed legs??
And on that night before Valentine's, I watched as he picked up each leg with his hands and tried to swing them over the side of his bed, preparing to l…
10 comments
Read more

Better times are coming for him.

February 13, 2019
My Dad is not doing well. It's hard to see him suffer.
They say he's transitioning.

I needed to see this video today....(taken 6 years ago)

My Dad during happier times... from Jill Shelley on Vimeo.
3 comments
Read more

Consider this my public service announcement 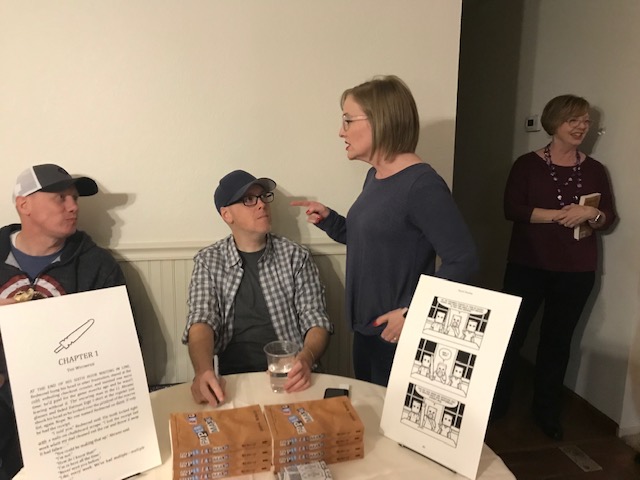 Dennis had a little incident back in December that he was too embarrassed to talk about, until now.
He figures (or rather I do, and he agrees) that with Valentine's Day coming up it might be good to give this warning.
Last December 14th, Den and I were at Brock's book launching party.


There was quite a beautiful spread of desserts.


But Den thought these looked the best.... So he took one of these cupcakes, and ate it.
Problem is, he didn't notice that he also ate the un-eatable decoration (a tiny replica of Brock's book) on the top of it.
About 15 minutes later he said he could feel something stuck in his esophagus. I asked him what he ate. He said, "Just one of those cupcakes."
I looked them over and asked, "What did you do with the little book decoration on top of yours?"
He said, "Was I suppose to take that off first?"
Oh no.
After we got home, about 8:30 that evening, he called Kaiser.
The nurse he spoke to made an appt for him to talk to…
3 comments
Read more 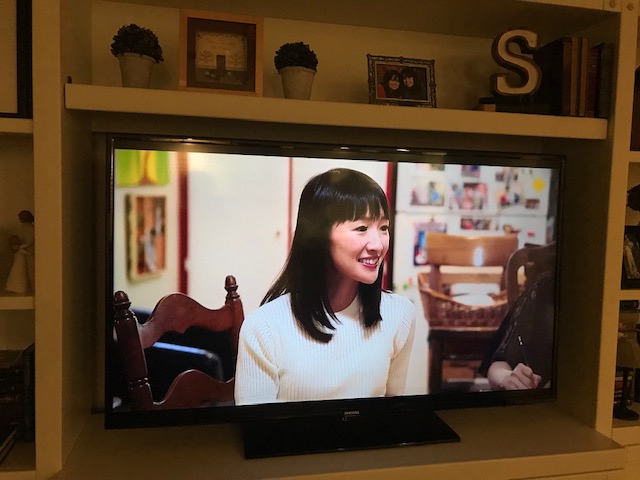 Den's daughter, Kim, was raving about the new program  Tidying Up, so I wanted to check it out.

Last week with the twins here, we watched 3 episodes together.

Who could not love Marie Kondo!
She looks about the size of Téa.
She smiles...alot.
And she teaches us how to fold clothes so small  several can fit into shoeboxes.
(Like this one family in episode 3 who lived in a small apartment with not enough drawer space.)
Téa really got into it.

She would say, "I want to fold my clothes like she does!"
Tonight while Den and I were out shopping in comes this text from Téa using her Mom's phone.

Her text made my day!

Not only can she help with dinner now...

She can fold clothes the Marie Kondo way! 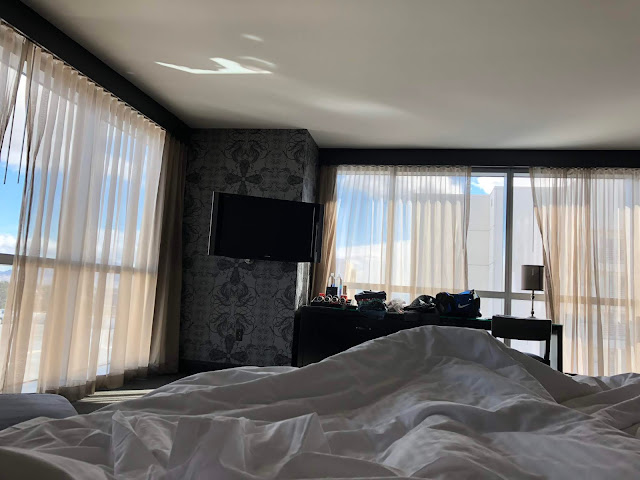 So we have the twins this week. The parents are in Vegas.
Yesterday Amy calls me about 10:30am and says, “I just got an automated message from the school saying Téa is not there.”
I said, "Of course she is there! Dennis brought them both to school this morning! And they weren’t even late.”
She said, “Well the school says she’s not there. Maybe the teacher made a mistake?” Amy says she’ll call the school, then call me back.
Meanwhile, I call Den who's at Lowes, “The school called Amy in Vegas and said Téa is not at school.”
“Of course she is! I dropped her off with Jonas. She’s there!”
I said, “Well the school says she’s not.”
Dennis laughed. “She’s with Jonas. No worries. She’s there.”
My mind doesn't do as well as his when children are said to be missing.
Amy calls back, “There was a mistake. She was accidentally marked absent.”  Whew
Den returns from Lowes, “Well the teacher should NOT be making mistakes like that!”
“Yes, but the school is run by humans."
Five hours la…
2 comments
Read more 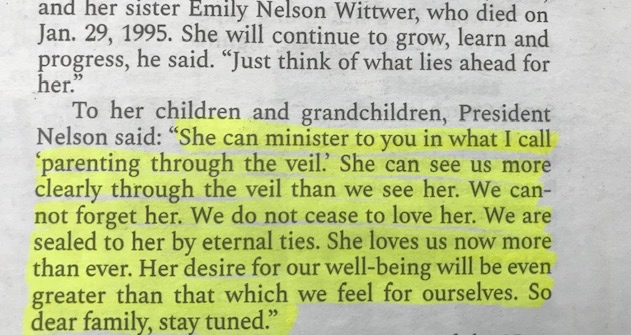 Yesterday I was reading from our Church News about the funeral of President Russell M Nelson's "righteous and joyful" daughter, Wendy who died on Jan 11th.

He of course spoke at her service, and I hope to always remember what he said towards the end of his talk: